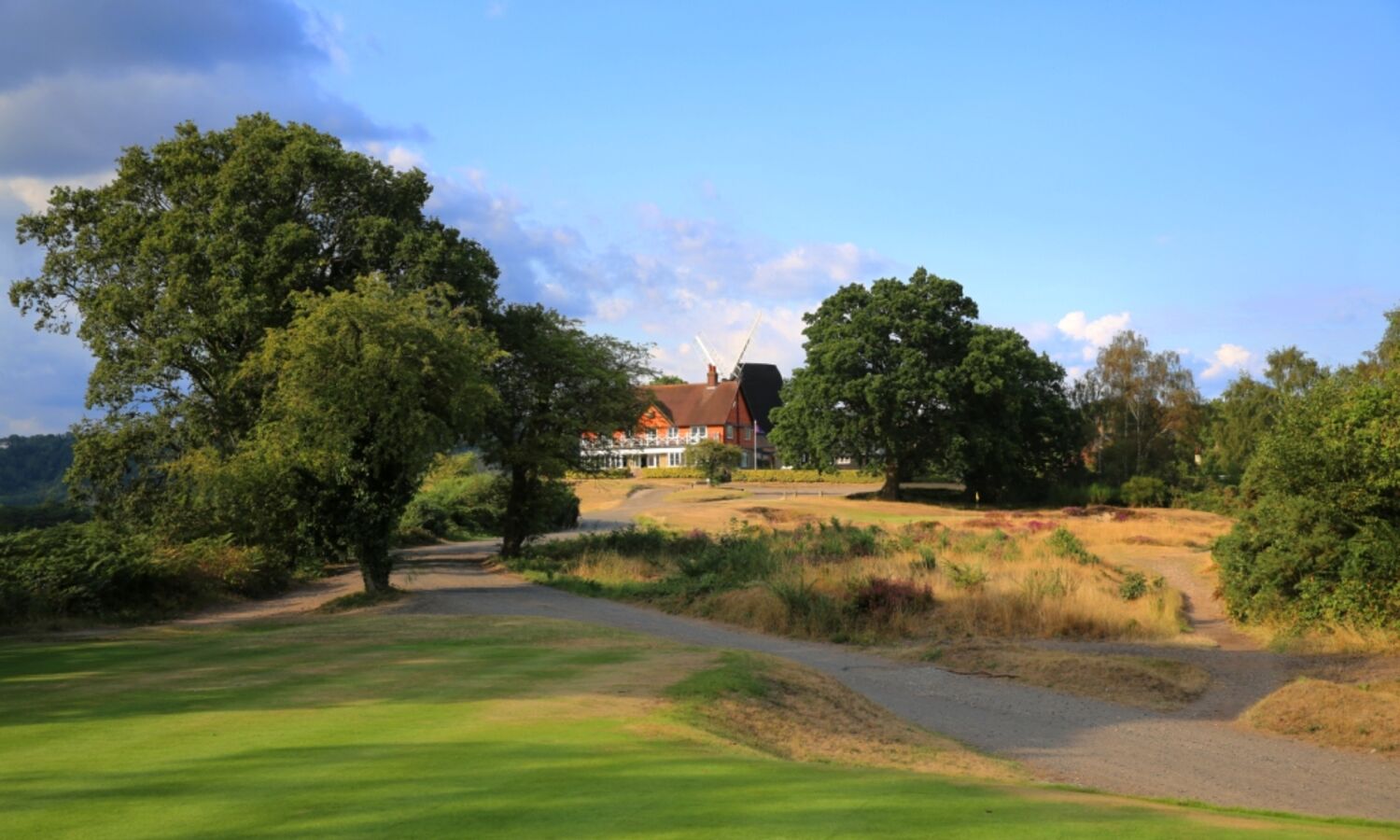 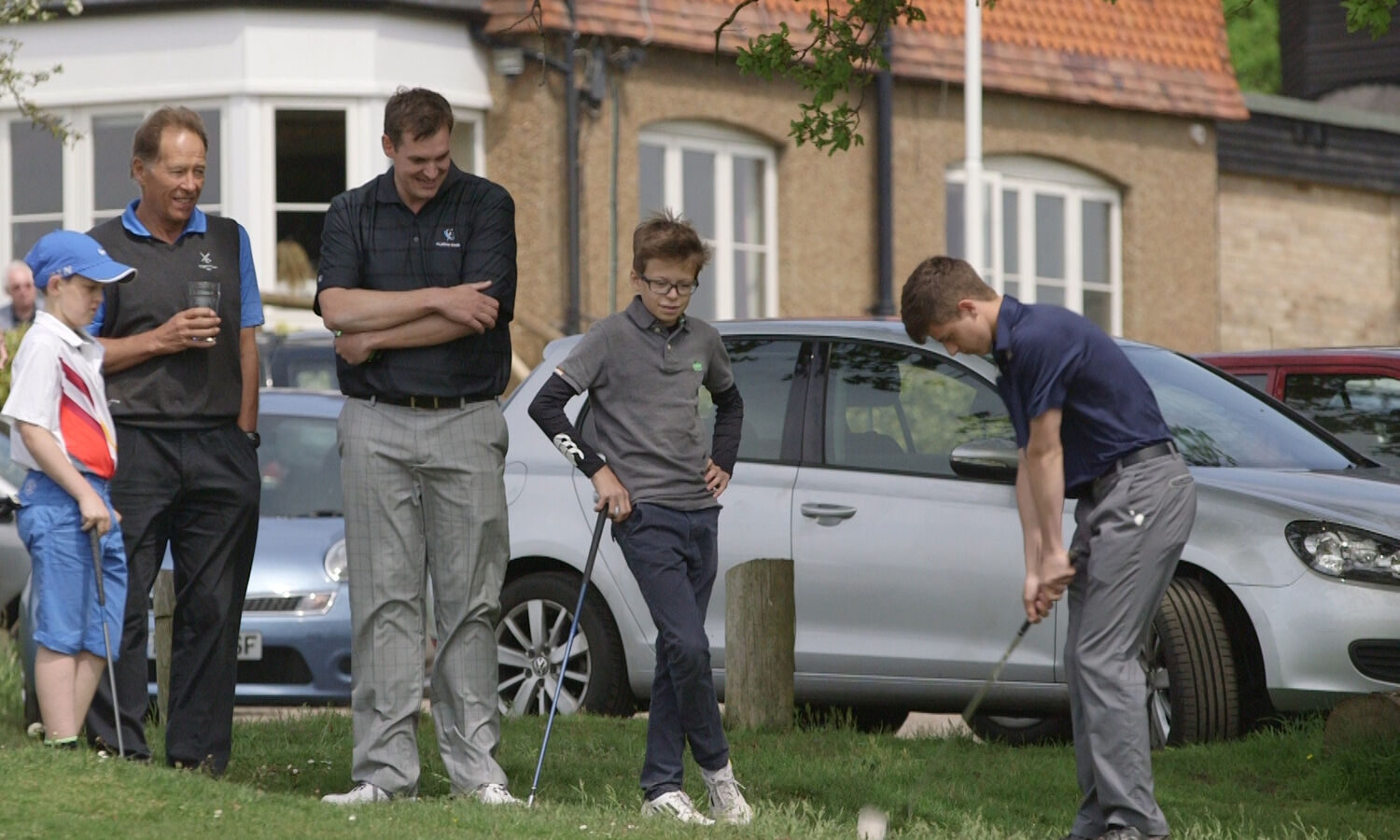 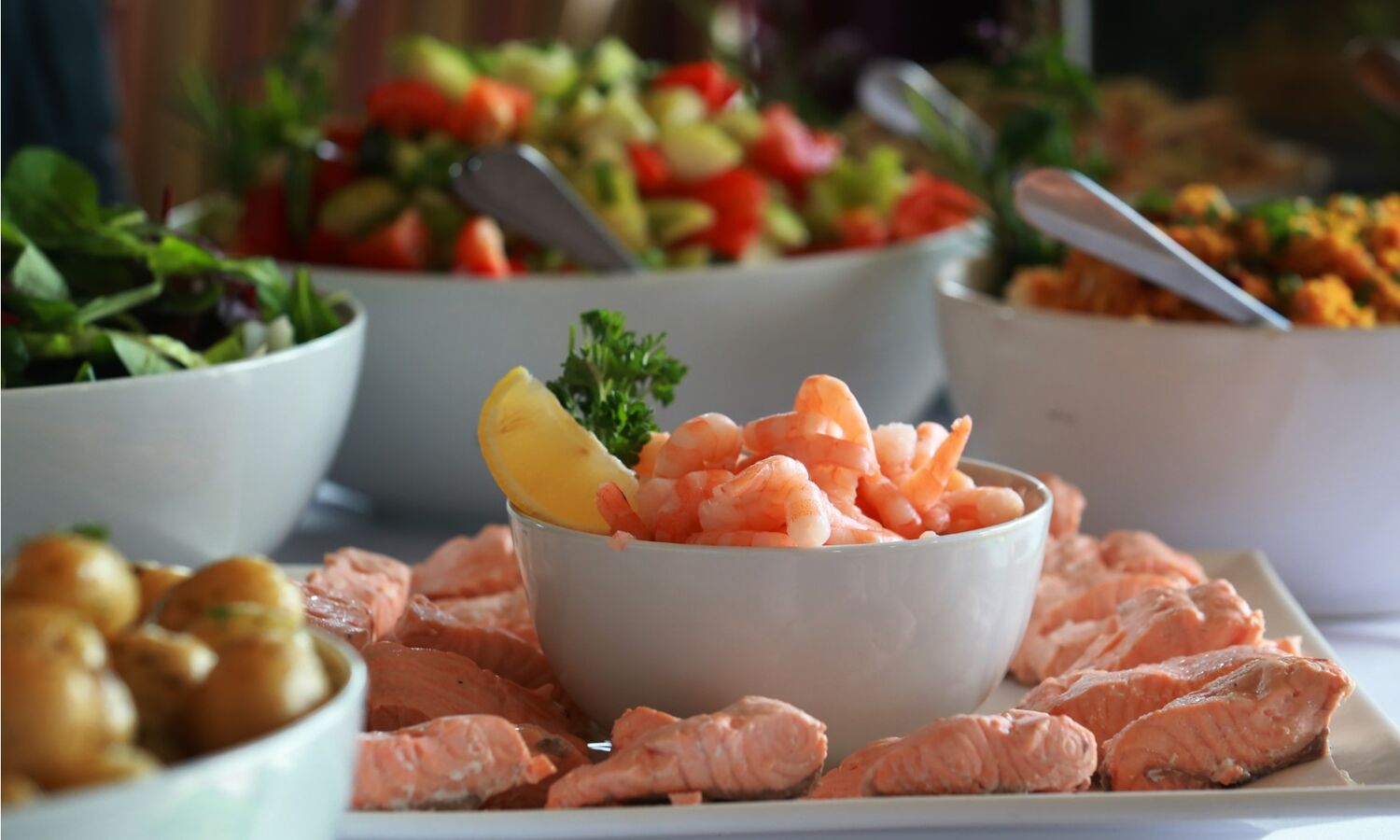 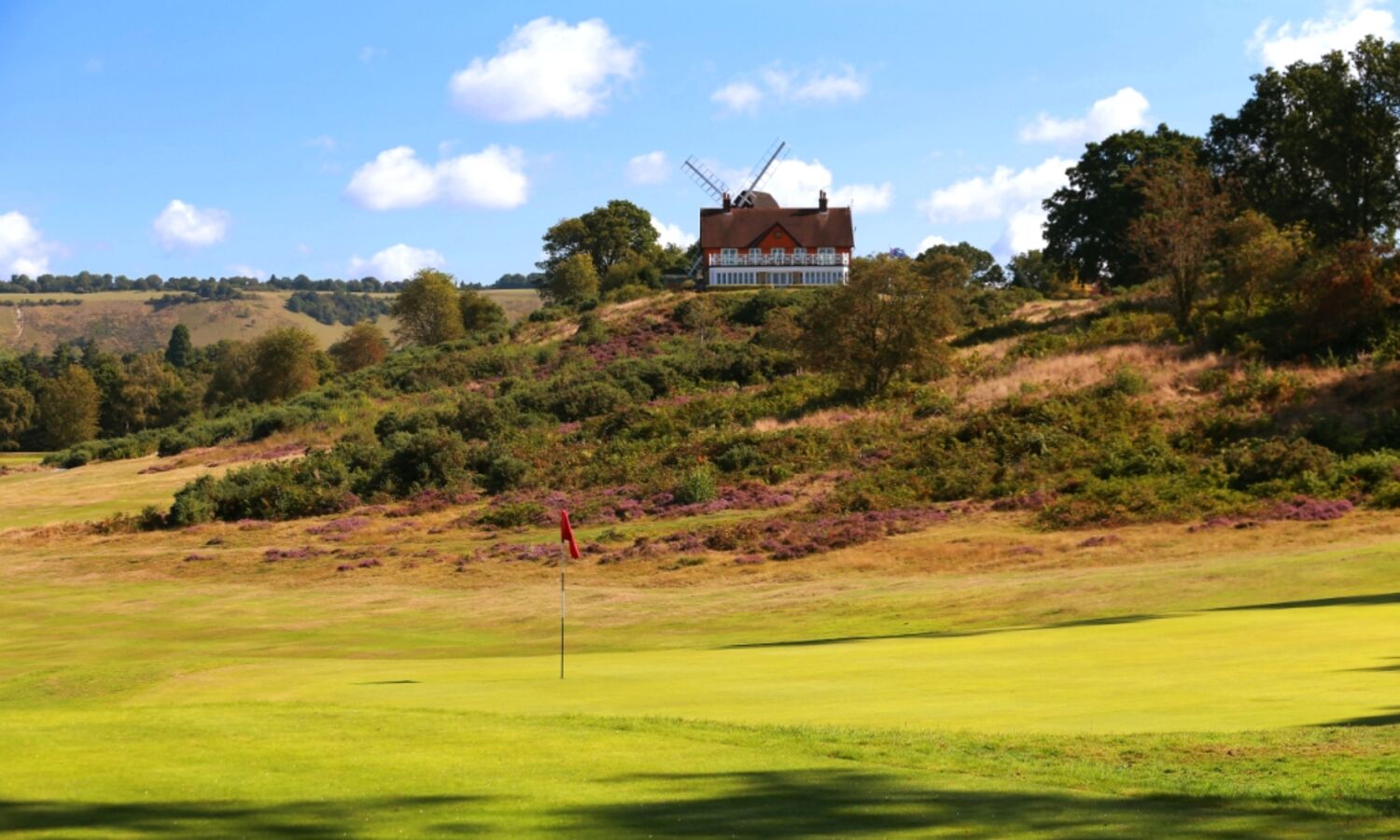 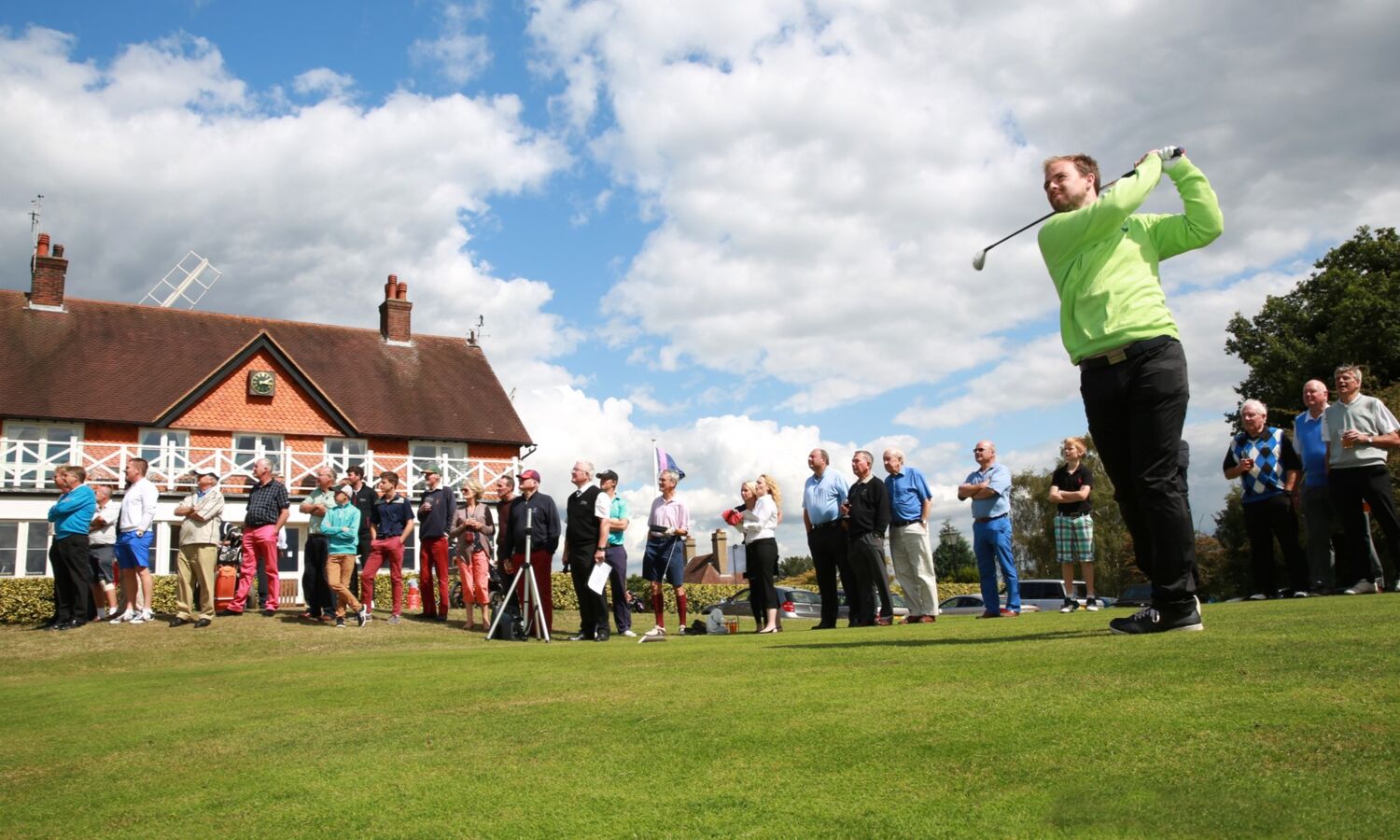 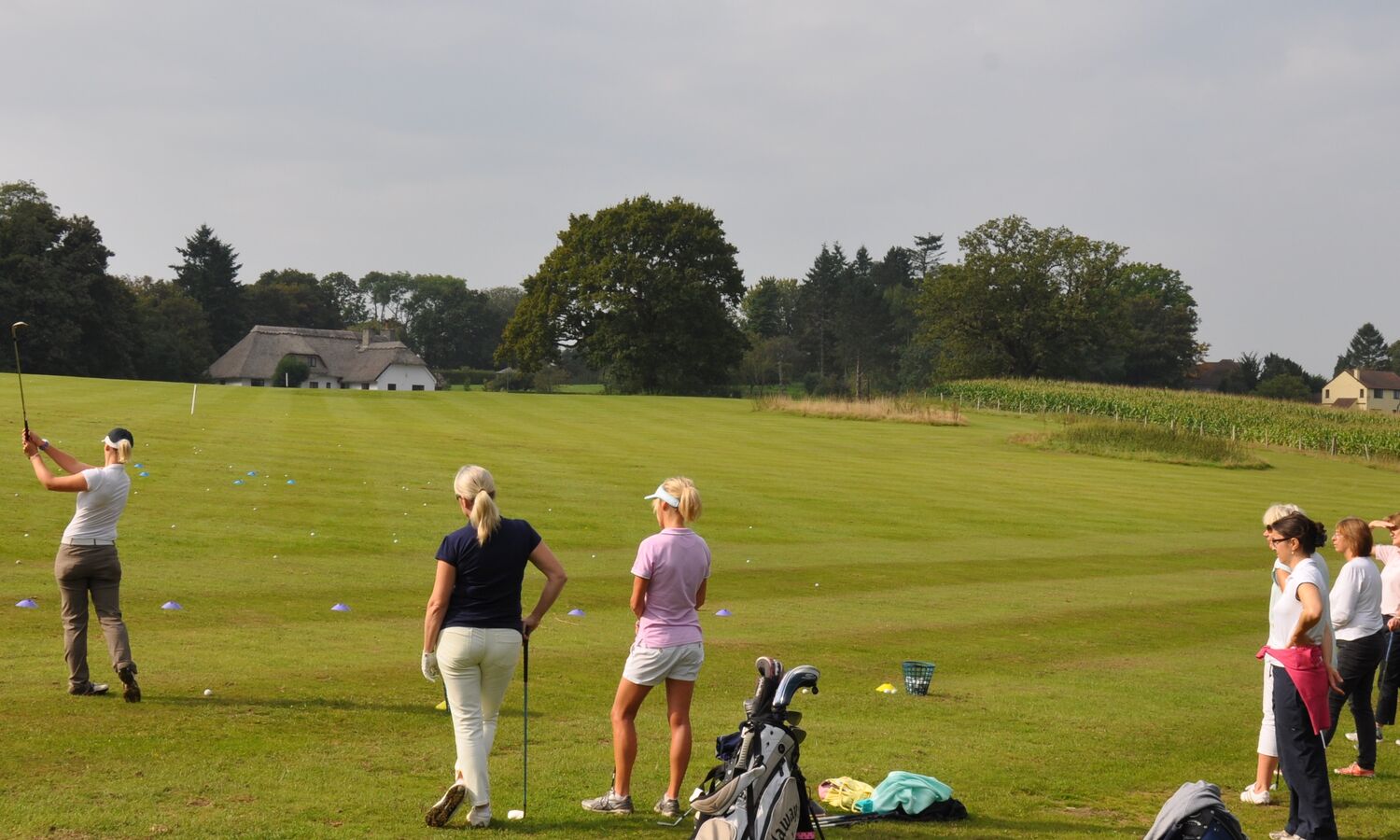 ‘This unassuming club not far from Walton Heath deserves a spot amongst the best 9 hole courses in Britain, and maybe the world.’

‘The Confidential Guide to Golf Courses’

Peter Alliss The Voice of Golf

The post mill was erected around 1753, when Wheat was taken from the Reigate downland to the mill, where it was ground until 1870.

In the first half of the nineteenth century the mill was held by Michael Bowyer, who also owned the Wonham watermill, a mile to the west. The mill remained within the family until Sarah Bowyer sold to Henry Lainson in 1868, when William Quait was the miller.

In 1880 the brick roundhouse was converted into a chapel of ease to St Mary’s Church, Reigate and named St Cross Chapel.

In 1906, Reigate Heath Golf Club purchased the freehold of the land which contained the Golf Club House, the miller’s cottage and the mill. The mill was then leased to the church until 1962 when the cost of repairs became too much of a strain and so Reigate and Banstead Borough Council bought the mill. Money was raised to buy four sails, each pair with a span of 65 feet and a width of 8 feet with the weather increasing the from 5 degrees at the top and 30 degrees at the heel. The repair work was completed in 1964, the body tarred, a flight of steps was fitted at the rear and a pine tail pole was added. In 2000 another major overhaul was completed including the fitting of new sails.

Reigate Heath is a 51 hectare (120 acres) Site of Special Scientific Interest. The history of the Heath dates back over 4,000 years; heathlands were created when the poor soils of the area were exhausted by early farming activities, resulting in sandy soils of low fertility which could only support non-aggressive plants such as heather, gorse and other heathland vegetation. Heathlands were used over hundreds of years by commoners for grazing, but in the 20th century new farming methods and urban development meant a loss of 85% of Surrey’s heathland. Of the remaining heathland, 25% has been lost to scrub, making it an increasingly rare and valuable habitat, and Reigate Heath is the largest example in East Surrey.

As well as lowland heath there is dry acid grassland, alder woodland and more recent secondary woodland, all of which support their own characteristic species. The photographs in the Clubhouse dating back to 100 years ago show virtually no trees at all growing on the Heath, proving how rapidly things can change if left ungrazed and unmanaged, which is why bracken and selected trees are regularly cleared.

Three native heather species can be found: common heather (Ling), bell heather and cross leaved heather. The golf club has been clearing back areas to encourage the re-growth of the heather wherever it is possible. Wild flowers include harebells and the rare dwarf gorse.

Over a number of years, with the gravel quarrying along the Reigate Dorking road, the water table has fallen, affecting trees like the alder. The woodland areas support many typical species: bluebells and wood anemones in spring and many interesting fungi later in the year. On the Heath, lizards, slow worms and grass snakes can occasionally be seen, and kestrels and sparrow hawks are regular visitors. In winter, the bright red and green crossbills can be seen feeding in the pine trees.

The site also has a number of Bronze Age burial mounds (3-5000 years old) which have been designated Scheduled Ancient Monuments. In the Bronze Age, the Heath was largely clear of trees. Around this time, a cemetery was established on the Heath; the burial mounds (tumuli) are still visible today. Please click on the link to read more.